If you have been stopped for DUI and are facing possible charges, you should have a clear understanding of the DUI process and sequence of events. Involving a DUI attorney as soon as possible is very helpful because DUI lawyers understand the process and may be able to help you avoid conviction. 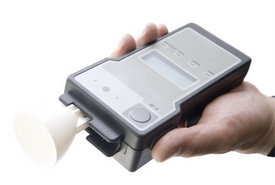 The first stage of a DUI arrest is the traffic stop. You can be stopped if your driving is dangerous or erratic. Police will try to gather DUI evidence against you during the traffic stop, which is why you should politely decline to answer any questions until you have spoken to your DUI attorney.

A drunk driving arrest may be made at the traffic stop if the law enforcement officer believes there is probable cause. Although you do not have to answer questions until you speak to an attorney, you should cooperate and comply with the arresting officer. In most cases, attorneys recommend that you do undergo chemical DUI testing. Resisting arrest may bring additional charges.

Booking is the process of recording the arrest at the law enforcement station. If arrested for DUI, you will fingerprinted, photographed, searched, and asked to answer questions. Remember you do have rights in a DUI case - you should politely decline to answer questions until you speak to a lawyer. In many cases you may be released after booking.

A preliminary hearing is held in some DUI cases so a judge can determine if there is enough evidence or probable cause to uphold the charges. If so, the case will then be scheduled for trial. Your DUI lawyer should represent you at a preliminary hearing.

Depending on the laws of your state and the nature of the charges against you, your DUI case may go to a jury trial. At the trial, the prosecution and your DUI attorney will present information to the judge and the jury. You should hire an experienced DUI attorney to handle a jury trial.

Sentencing is when the judge or jury reveals the verdict of the trial and announces any DUI punishments. In most cases, sentencing immediately follows the verdict. Your experienced DUI lawyer can help you understand the sentencing of your case and may be able to file an appeal.