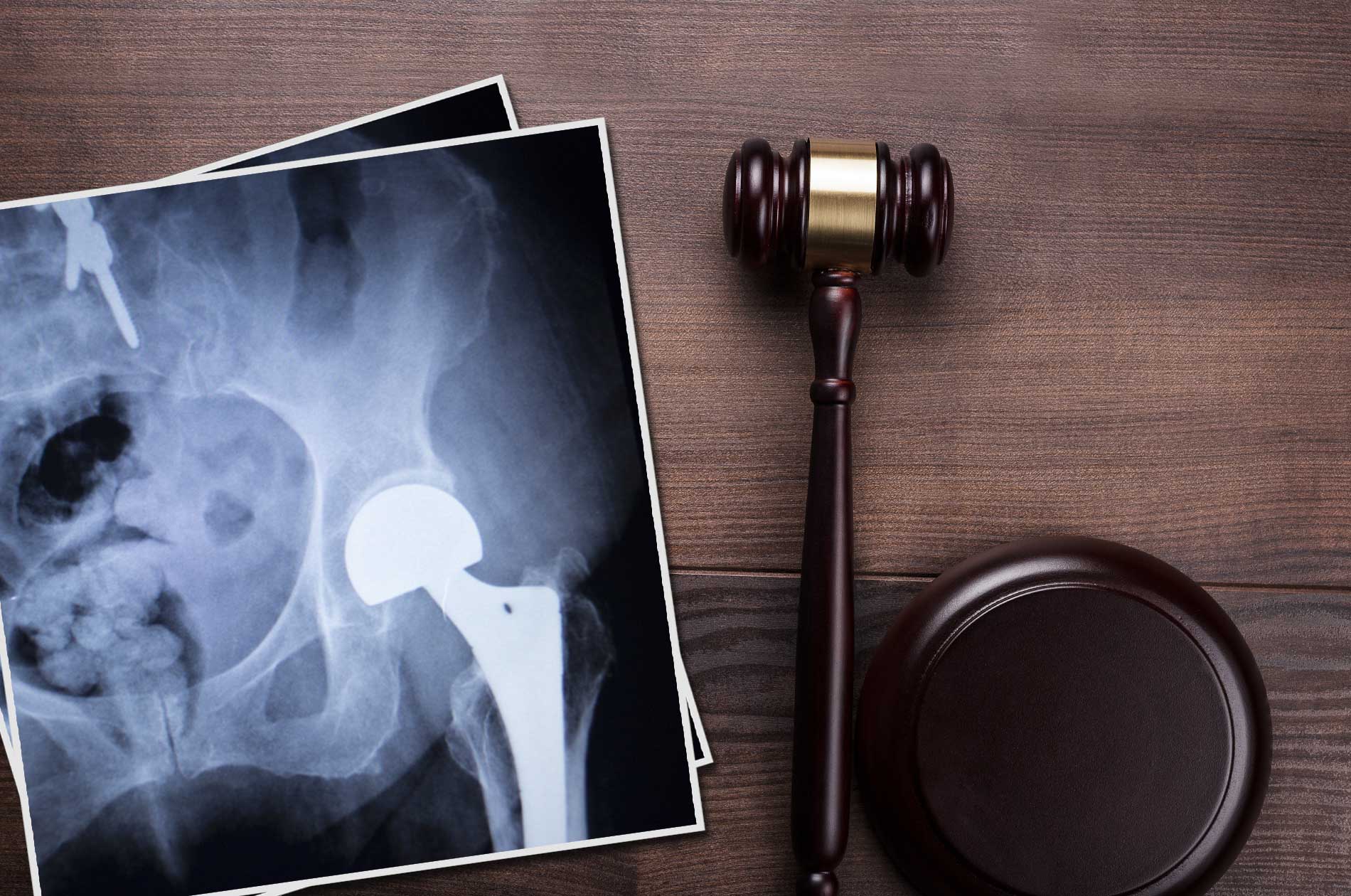 Hip implants are supposed to last for decades, and premature failures can cost patients in terms of time, money, and quality of life. If you received a total hip replacement, partial replacement, or hip resurfacing, and have had to undergo repeated surgeries because of device failure, you may be entitled to compensation. Please contact our legal team today to schedule a free consultation.

A damaged or diseased hip can cause chronic pain and significantly impair mobility. Hip replacement systems are designed to work just like the natural hip joint, restoring full comfort and function for patients. The procedures are increasingly popular in the United States, with more than 500,000 surgeries projected each year by 2020.

There have been patients who experienced device failure as early as a year after implantation, and many whose implants have failed within five years of their procedure.

Patients as young as 45 are receiving hip implants after suffering injury or bone disease, such as rheumatoid arthritis. A total hip replacement can restore the ball and socket of the joint using prosthetics that are made from ceramic, metal, or plastic. A partial procedure can replace the femoral ball or the hip socket with an implant. Another alternative is hip resurfacing, which replaces the socket and repairs the femur bone, reshaping and then capping it with a prosthetic piece.

Hip replacements last an average of 20 years. Some patients have had their implants for over 30 years and will not require a revision procedure. Conversely, there have been patients who experienced device failure as early as a year after implantation, and many whose implants have failed within five years of their procedure.

The most common cause of hip implant failure is osteolysis, or bone destruction near the prosthetic joint. This occurs most frequently when the patient is implanted with a metal-on-metal hip replacement system, or metal components are used for hip resurfacing.

Marketed as a more durable implant for younger, active patients, metal-on-metal devices have proven problematic in several ways. Complications from these hip implants include osteolysis, development of pseudotumors, and metallosis, a form of metal poisoning.

Made of a blend of cobalt, chromium, and other metals, these hip prostheses are prone to corrosion, which releases toxic ions into the blood. In addition, the friction of the metal-on-metal components causes microscopic particles to flake into the bloodstream and bodily tissues, causing an inflammatory reaction. This inflammation can lead to significant depletion of bone tissue near the implant.

There are other causes of hip replacement failure, including spontaneous implant dislocation or bone fracture. Avascular necrosis (AVN) of the femoral head can also occur, a disease process that interrupts blood supply to the thigh bone. However, in as many as 75 percent of revision surgery patients, bone loss from osteolysis is the cause of the problem.

An October 2015, study reported in JAMA found that metal-on-metal implants have a higher rate of failure than implants made from other materials. This confirmed the findings of several other recent studies.

If you have been injured by a defective medical device, Speak with an Attorney

The May 2012, Journal of Arthroplasty compared corrosion levels in metal-on-metal hip implants with metal-on-polyethylene implants. There was significantly more corrosion seen in metal-on-metal devices; the mean score being 3.5 versus 1.9 for metal-on-plastic. Additionally, higher corrosion scores were associated with adverse tissue reactions in patients. Metal corrosion was found to increase with time, and the researchers noted concern that device failures would also follow this trend.

An article posted by the Arthritis Foundation, “Metal Hips Fail Faster, Raise Other Health Concerns,” cited a study published in The Lancet in 2012. In this study, more than 400,000 hip replacement patients in England and Wales were tracked from 2003 to 2011. Metal-on-metal implants were used in 31,171 cases, and these patients experienced significantly higher failure rates. Five years post-surgery, 6.2 percent of metal-on-metal hips had failed, compared to 3.2 percent and 1.7 percent for implants made from other materials. Failures were most often seen in younger women.

Unfortunately for many patients, revision surgery for hip implants is usually more complex than the initial placement procedure. Mortality rates are much higher, and in many cases, the surgery is less successful than the original procedure. This is because the patient has usually lost bone mass, and may have also sustained tissue damage.

The complication rate for revision surgery is high, and a number of patients will require another revision afterward. Patients generally see a reduced range of motion after multiple surgeries. Unfortunately, the longevity of revision implants decreases with each surgery.

A few manufacturers have been defending multiple lawsuits pertaining to their hip replacement product failures. In March 2016, a Texas jury agreed with five plaintiffs who accused DePuy Orthopaedics (a Johnson & Johnson subsidiary) of concealing design flaws that led to early device failures. The jury awarded $502 million, including $360 million in punitive damages which was subsequently reduced to $151 million. DePuy recalled two of their devices, the ASR™ XL Acetabular System, and ASR™ Hip Resurfacing System, but still markets the PINNACLE® ULTAMET to patients and healthcare providers.

There are thousands of lawsuits still pending in state and federal court for many of these products.

Zimmer Holdings, which makes the Durom Cup, has faced hundreds of lawsuits and is currently negotiating a multi-million-dollar settlement agreement to resolve most of the claims. Biomet® previously settled hundreds of cases pertaining to its M2a Magnum and M2a-38 implants for $56 million.

A California jury awarded a plaintiff $4.5 million in 2015 for the premature failure of the Wright™ Medical PROFEMUR® Z Stem hip replacement system.

Other products associated with implant failure, metallosis, and other complications may include:

There are thousands of lawsuits still pending in state and federal court for many of these products. For many victims, it is not too late to file a claim if you have suffered damages from a failed hip replacement device. Damages may include your medical costs, loss of income, and physical and mental pain.

Our legal team is dedicated to serving victims of defective medical equipment and dangerous drugs. If you have suffered because of corporate negligence, you may be entitled to significant compensation. Please contact our legal team to schedule a complimentary case evaluation.